Chef De Oliveira joined the Fireman Hospitality Group in 2001 as the executive chef of Café Fiorello in New York City. His Italian upbringing and vision was what caught the attention of Shelly Fireman, the restaurateur behind The Fireman Hospitality Group. Chef De Oliveira grew up on a farm in Bologna to two restaurateur parents who ran a boutique hotel, a grandma who woke up at 6 a.m. every morning to roll tortellini, and a local butcher for an uncle who taught him how to tie a tenderloin before he could form complete sentences. Running the Italian kitchen at Café Fiorello was second hand to him, and after three years, Chef De Oliveira became the executive corporate chef of the company.

Before joining the Fireman Hospitality team, Chef De Oliveira spent more than 15 years working in Europe at classic establishments like Bologna’s century-old Ristorante Diana, Milan’s three-star Michelin restaurant, L'Antica Osteria del Ponte, and Belgium’s La Torre. He also spent two years at Le Cordon Bleu in France studying classic French cuisine and completed a bachelor’s degree in contemporary art from the University of Bologna. When Chef De Oliveira decided to move to America, he wanted to start from the bottom up to learn how American kitchens worked even though he had a packed resume. He walked into the famed restaurant Aureole, and asked Chef Charlie Palmer to work the garde manger station—or the salad station—usually reserved for rookie cooks. Chef Palmer frankly told him he was too good for salads, but he insisted. Eight months later he escalated to executive chef—a position he held for nearly five years before moving on to the Fireman Hospitality Group. 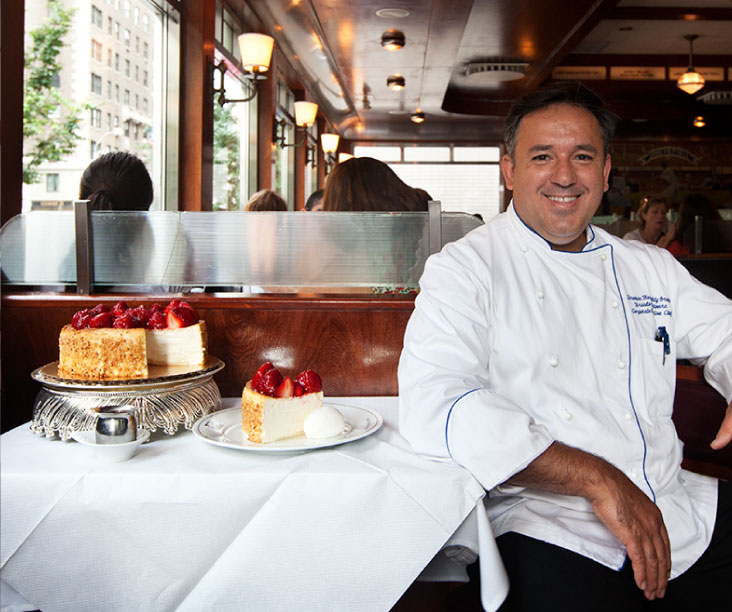